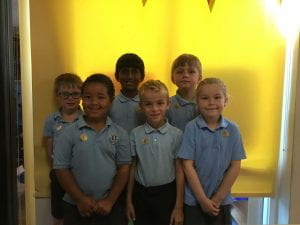 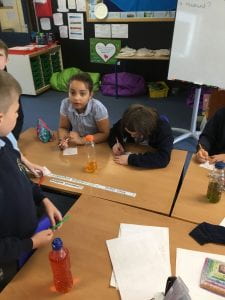 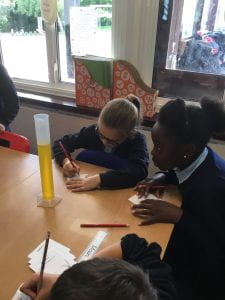 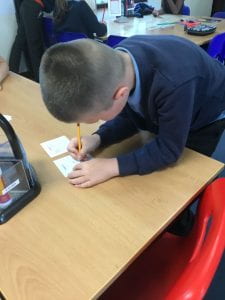 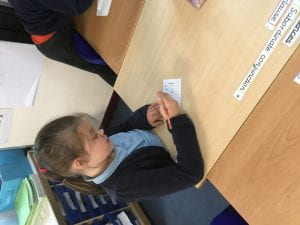 AJ- I was excited to do Maths today.

Tiffany- I was excited because there were so many things to do.

Blogged by Tiffany, AJ and Alfie 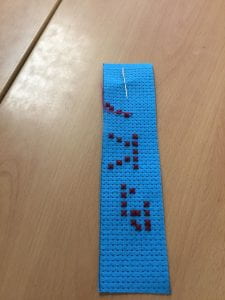 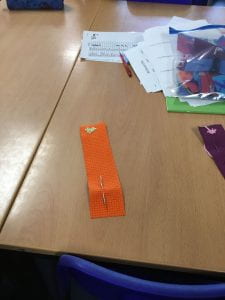 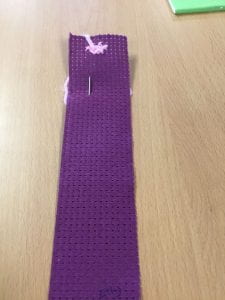 Maple class has been learning how to cross stitch. This is some of our work. Ema said, “I felt excited because I had never cross stitched before.”

Nivany said, “I felt thrilled because I ended up with a wonderful design and it was stitched clearly.”

Hollie said, “ I felt frustrated because it was very difficult but I won’t give up.”

Blogged by Ema, Nivany and Hollie. 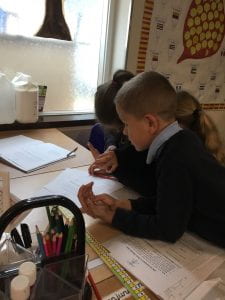 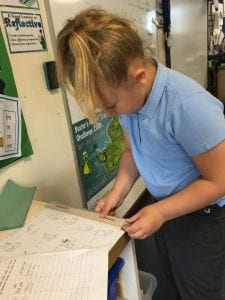 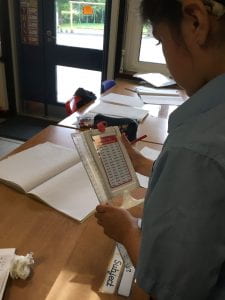 We were leaning about mm and cm in Maths.

We found it hard at the start and then we found it easy.

Blogged by Freddie, Isabel and Bailie. 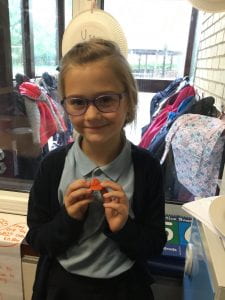 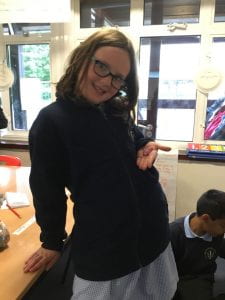 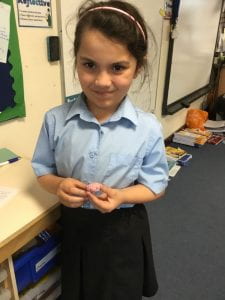 Elly- “I loved making this.”

Mollie- “I was really excited to make my plastic.”

Blogged by Elly, Mollie and Leona 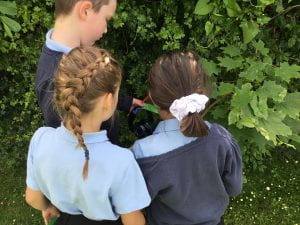 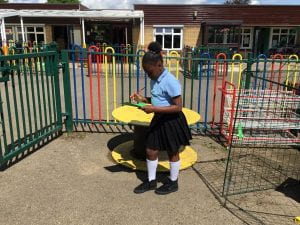 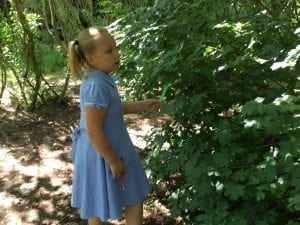 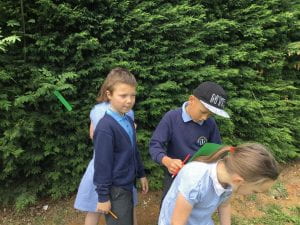 We had fun looking for clues and answering questions.

It was hard but fun.

Blogged by Grace and Kamen 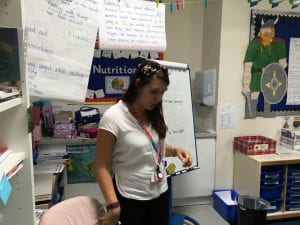 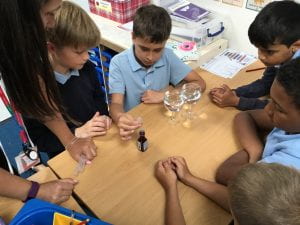 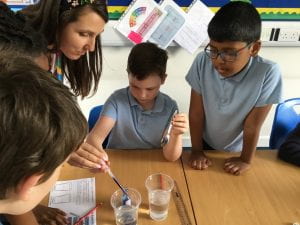 Ellie- “I felt good about working with  the Y5s and their water experiment.”

Sammie- “I felt excited to work with them.”

Thithu- “It was exciting to see the water change colour.”

Blogged by Thithu, Sammie and Ellie 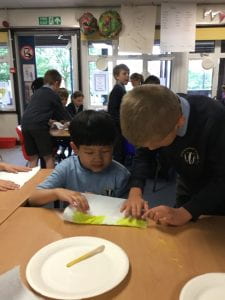 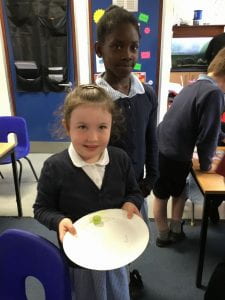 Joycelin- “I felt happy because I helped my partner make a ball.”

Blogged by Mikolaj, Joycelin and Leon. 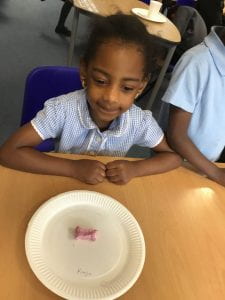 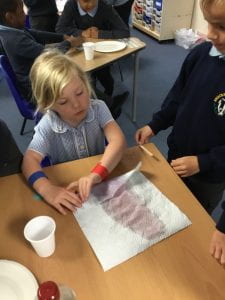 Leon and Kye taught the Acorns children how to make plastic using milk and vinegar.

Leon- “I felt excited to help my partner.”

Kye- “I felt a bit nervous because I was worried I would mess up but it went well.” 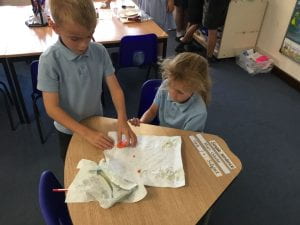 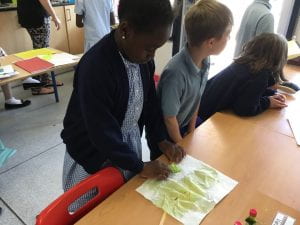 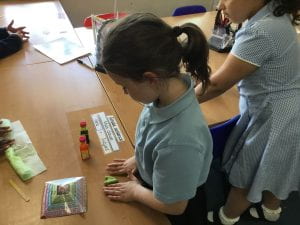 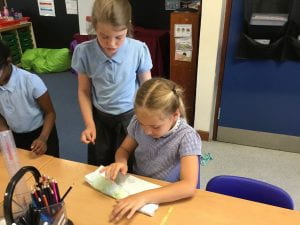 Learning to make plastic from milk and vinegar. Great fun but not a great smelling classroom.

Tomorrow they will be teaching Reception class how to do it.

If you should require a paper copy of any of the information on our website, this will be provided free of charge. Please speak to the School Office for more information.